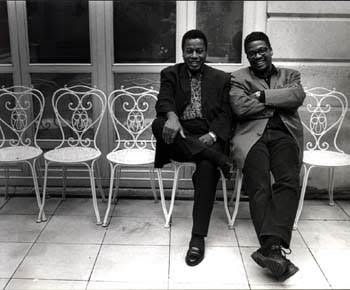 Here’s some inspiration for us all from some truly brilliant musicians. ❤

We are absolutely in the thick of it. Last week encompassed all the shadow themes of Pluto: addiction, obsession, sex, power, secrets, control, and the toxic sides of our psyche that desperately need healing. Over the past five months, during Pluto’s retrograde, each of us has looked for our own patterns around control and power. Do we use our power to help others? Do we abuse power and try to control or shame people? Do we hand our power over to feel safe or loved?

We are about to take the revelations we have received, and put them into positive practice. There’s a lighter side to Pluto – healing, evolution and rebirth. With Pluto’s help we find a new awareness around our deepest pain, we are purified and then magnificently transformed. All of us.

The USA is currently having a Pluto return – and we can clearly see these themes being played out on the national stage. Secrets are being brought out into the light, people in power are being confronted, and sexual crimes against women are being acknowledged and (hopefully) shown a new level of respect and understanding. Our country is absolutely divided in half over the injustices around race, and the huge disparities between the rich and the rest of us. Despite the intensity of these battles, the potential for real healing and a higher standard is possible. Pluto insists we evolve.

“When solving problems, dig at the roots instead of just hacking at the leaves.” – Anthony J. D’Angelo

Monday, October 1st: Moon into Cancer at 11:00am Pacific. A very sensitive day, so avoid too much truth. Be gentle with yourself and others today. If you need to indulge in comfort food, go for it.

Tuesday: We are in the dark of the moon, so take it easy this week. Catch up on rest and wrap up loose ends. Start new projects next week. Mars square Uranus ends today, closing an explosive period of male rebelliousness and entitlement. Last week’s full moon in Aries was played out by Kavanaugh in the Supreme Court hearings last week, while women’s search for the truth, justice and equality embodies Venus in Scorpio and the Libra Sun.

Wednesday: Moon VOID until 2:00pm, then into Leo. Continue to be low key and avoid social complications. This evening is great to go out and socialize or see a live performance.

Thursday: Moon in Leo. You can freely communicate anything you’ve been holding back this week. Leo validates our individual identities, and rules the heart and self expression. This is a great day to speak the truth to authority.

Friday: Venus Retrograde at 10 Scorpio. Experience some beauty today, and aim towards a light hearted social evening if possible.

I came across the most amazing piece of history the other day: the free spirits of the art community at Monte Verita in 1915. These people created an open society of artists and philosophers; people that wanted to explore the potential of the human spirit.

What strikes me are the huge similarities between this story and our current society in 2018. These people that escaped to the mountains of Switzerland were rebelling against mass consumerism, war, intolerance, and celebrity culture. They created the first alternative community, assimilating all groups of people under the banner of pacifism and free thought. Many accomplished philosophers and radicals joined them – including Hermann Hesse.

This movement is one of the catalysts for the original hippie movement in 1967. It’s not about obliterating your mind with drugs, or trying to escape reality, it’s about creating a free, human, utopian society on earth. Article below.

There’s a movie about it that came out in 2014 called “FREAK OUT!” if you’re interested in learning more about it! 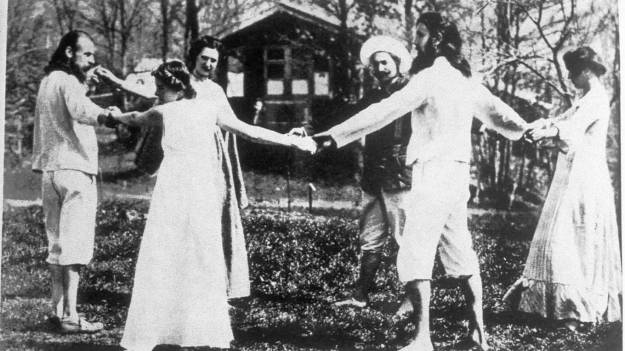 Article:  “Monte Verità: “The place where our minds can reach up to the heavens…
In the nineteenth century and at the beginning of the twentieth, the Ticino republic became a gateway to the south, and favourite destination of a group of unconventional loners who found in the region, with its southern atmosphere, fertile ground in which to sow the seeds of the utopia they were unable to cultivate in the north.
The Ticino came to represent the antithesis of the urbanised, industrialized north, a sanctuary for all kinds of idealist. From 1900 onwards Mount Monescia above Ascona, Switzerand, became a pole of attraction for those seeking an “alternative” life. These reformers who sought a third way between the capitalist and communist blocks, eventually found a home in the region of the north Italian lakes.

The founders came from all directions :
Henry Oedenkoven from Antwerp
the pianist Ida Hofmann from Montenegro
the artist Gusto
and the ex-officer Karl Gräser from Transylvania.

United by a common ideal they settled on the “Mount of Truth” as they renamed Monte Monescia. Draped in loose flowing garments and long hair, they worked in the gardens and fields, built spartan timber cabins and found relaxation in dancing and naked bathing, exposing their bodies to light, air, sun and water. Their diet excluded all animal foods and was based entirely on plants, vegetables and fruit. They worshipped nature, preaching its purity and interpreting it symbolically as the ultimate work of art: “Parsifal’s meadow”, “The rock of Valkyrie” and the “Harrassprung” were symbolic names which with time were adopted even by the local population of Ascona who had initially regarded the community with suspicion.
Their social organization was based on cooperation, and through it they strove to achieve the emancipation of women, self-criticism, and new ways of cultivating mind and spirit with the unity of body and soul.

The intensity of the single ideals fused in this community were such that word of it soon spread across the whole of Europe and overseas. Gradually over the years the community itself became a sanatorium frequented by theosophists, reformers, anarchists, communists, social democrats, psyco-analysts; followed by literary personalities, writers, poets, artists and finally emigrants of both world wars: Raphael Friedeberg, Prince Peter Kropotkin, Erich Mühsam. They declared Ascona “the Republic of the Homeless”: Otto Gross who planned a “School for the liberation of humanity”, August Bebel, Karl Kautsky, Otto Braun, even perhaps Lenin and Trotzki, Hermann Hesse, Franziska Gräfin zu Reventlow, Else Lasker-Schüler, D.H Lawrence, Rudolf von Laban, Mary Wigman, Isadora Duncan, Hugo Ball, Hans Arp, Hans Richter, Marianne von Werefkin, Alexej von Jawlensky, Arthur Segal, El Lissitzky and many others.
After the departure of the founder for Brazil in 1920 there followed a brief bohemian period at the Monte Verità which lasted until the complex was purchased as a residence by the Baron von der Heydt, banker to the ex-Kaiser Willhelm II and one of the most important collectors of contemporary and non European art. The bohemian life continued in the village and in the Locarnese valleys from then on.

The Mount, now used as a Hotel and park, still maintains its almost magic power of attraction. Along with the proven magnetic anomalies of geological formations underlying Ascona, it is as if the mount preserves, hidden away out of sight, the sum of all the successful and unsuccessful attempts to breach the gap between the “I” and “we”, and the striving towards an ideal creative society, thus making the Monte Verità a special scenic and climatic micro-paradise. 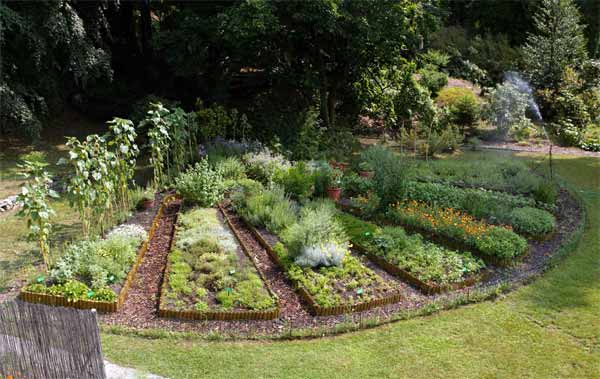 The Monte Verità is also however a well preserved testimony for the history of architecture. From Adam’s hut to the Bauhaus. The ideology of the first settlers demanded spartan chalet-like timber dwellings with plenty of light and air and few comforts. Shortly after 1900 the following buildings began to spring up: Casa Selma (now museum), […]1, Casa Andrea with its geometrical façade, the sunniest of the buildings (now converted), Casa Elena and the Casa del Tè – Tea House (now demolished) and the Casa dei Russi (hideout for Russian students after the 1905 revolution and now undergoing renovation). The Casa Centrale was built for the community and allowed for maximum natural light. Ying-Yang symbols were worked into windows and balconies. (In 1948 this building was demolished to make way for a restaurant and only the curving flight of steps remains).
Henry Oedenkoven built Casa Anatta as living quarters and reception rooms in the theosophist style with rounded corners everywhere, double timber walls, sliding doors, domed ceilings and huge windows with views of the landscape as supreme works of art, a large flat roof and sun-terrace.

We can learn a lot from other cultures and people different from our own. I pray that we all remain open to understanding our neighbors, and protecting their right to worship the Great Mystery in their own way.

We are one sisterhood and brotherhood on this planet.

“Yesterday my husband and i attended a football game, it was Duhur time and we needed to pray. Finding a place to pray at a football stadium is tough, but we managed to find an empty corner. I was a bit nervous to pray because it wasn’t private at all, particularly in front of everyone, maybe i’m silly but i’m always paranoid i will get attacked while focused in prayer. My husband started praying and i get approached by stadium security. I thought in my head, here comes this guy, he’s gonna escort me out and tell us we can’t do this here. I was wrong, he came up to me and said “i am going to stand here and guard you guys to make sure nobody gives you any problems, go ahead and pray.” He allowed us to pray and stood in front guarding us to make sure we are safe. When i finished he came up to us shook our hands and told us to enjoy the game. SubahanAllah, an amazing experience i will never forget.”

#Muslims_Everyday
By: Samantha from Boston, Massachusetts in the United States