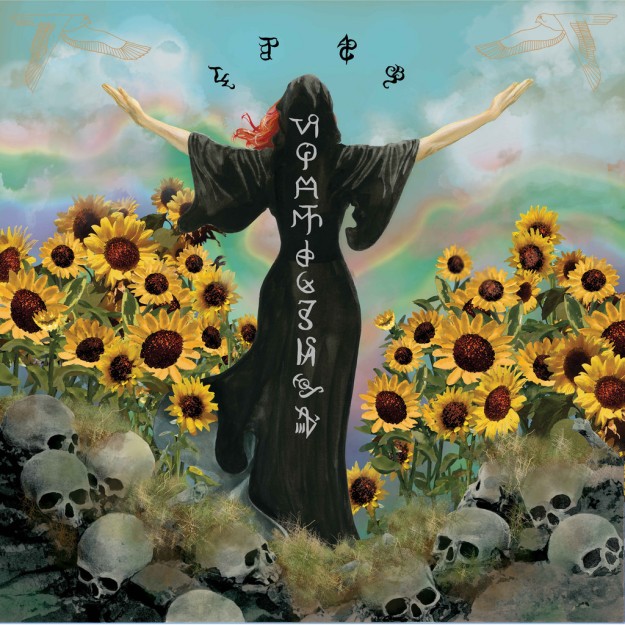 That’s a LOT of witches! I’ve encountered a few different articles on this lately, and from my own research, it seems to be true. From an article in Quartz by Sangeeta Singh-Kurtz & Dan Kopf in October this year, “Although Trinity College hasn’t run a survey since 2008, the Pew Research Center picked up the baton in 2014. It found that 0.4% of Americans, or around 1 to 1.5 million people, identify as Wicca or Pagan—which suggests continued robust growth for the communities.”

I often hear, “are there enough healers, witches, magicians and artists on the planet to heal our society? Well it appears the numbers are climbing, and hopefully healing will spread along with it. 🙂

Source: The US witch population has seen an astronomical rise

“Though the data is sparse, what we do know is that the practice of witchcraft has seen major growth in recent decades. As the witch aesthetic has risen, so has the number of people who identify as witches.
The best source of data on the number of witches in the US comes from assessments of the Wicca population. Not all people who practice witchcraft consider themselves Wicca, but the religion makes up a significant subset, as Alden Wicker noted for Quartz in 2016.

Wicca is a largely Western religious movement that dates back to the mid-20th century in the US and UK. According to the site wicca.com, it’s a belief system informed by “pre-Christian traditions originating in Ireland, Scotland, and Wales,” that promotes “free thought and will of the individual, and encourages learning and an understanding of the earth and nature.

From 1990 to 2008, Trinity College in Connecticut ran three large, detailed religion surveys. Those have shown that Wicca grew tremendously over this period. From an estimated 8,000 Wiccans in 1990, they found there were about 340,000 practitioners in 2008. They also estimated there were around 340,000 Pagans in 2008.

Here’s another article I found with good information. 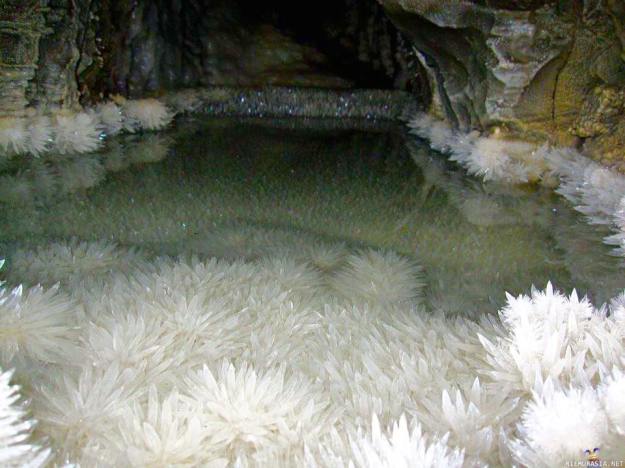 Full Moon in Cancer – exact Saturday morning at 9:50 am Pacific.

This full moon occurred at the first degree of Cancer, which is the most powerful degree of any sign.

Whatever the last two weeks have been about, their key lessons are becoming real the next seven days. Try to keep things light over the holidays 🙂 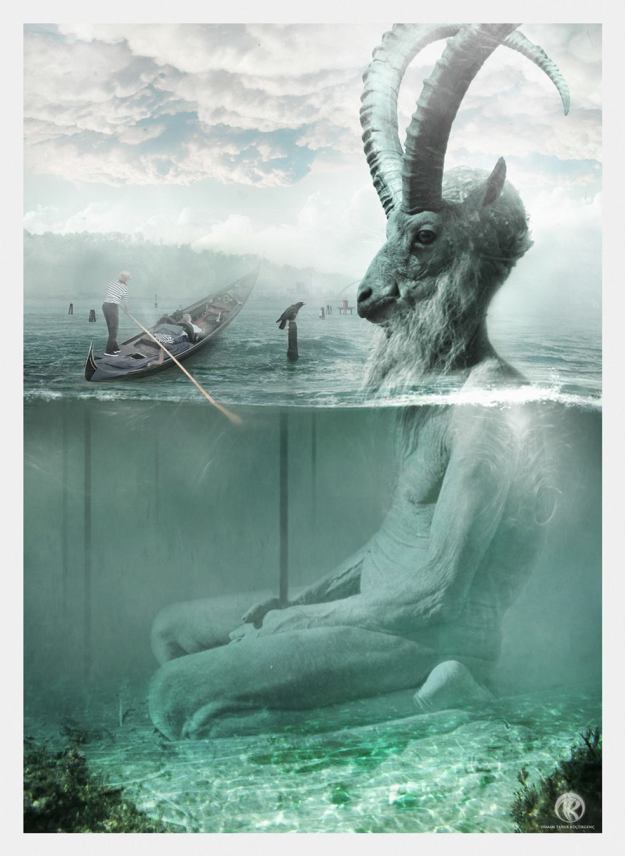 Happy Winter Solstice!! Tonight is the longest night of the year. Tomorrow the Sun is reborn and the days start to grow longer. It’s a good night to clarify priorities for next year, feast with friends and jump over bonfires.

Saturn moving into Capricorn on Tuesday is the big news. We have wrapped up two years of defining, committing to and crystalizing our truth and philosophy in the sign of Sagittarius. I personally began a new path of deep, spiritual study, but this can manifest in your life differently. What’s been going on with the foundation of your life over the last couple of years?

Now Saturn moves into Capricorn, which is the sign of it’s rulership. This means the energies of the planet are free to fully express themselves and manifest their core qualities. Saturn is energetically heavy; it rules responsibility, maturity, your boss, foundation, structure, teeth and bone, wisdom, reality, time, your dad, achievement, your knees, career… and of course marijuana. Wherever you have Capricorn in your chart is the House where you will feel the strongest effects. If you’d like to schedule a 15 minute phone reading with me, you can do that here.

“Thus Saturn’s entrance into Capricorn in December of 2017 begins a period which is, quite literally, a gamechanger. The changes which take place during the next 5 years are naturally divided into two steps — the Capricorn portion coincides with the destruction of the old rules, the Aquarius portion with the design of the new.

Saturn and Capricorn
Before going further into the various themes which Saturn’s time in Capricorn entails, it behooves us to consider the nature of both Capricorn and Saturn.

Saturn is the slowest and furthest planet visible to the naked eye. It takes approximately 29.5 years to do one circuit of the zodiac. Just as Saturn is the limit of the visible solar system, Saturn is concerned with boundaries and borders. A wall both encloses and excludes, separating one space from another and limiting interaction between the two. There is thus a strong architectural element to Saturn which extends to all constructed systems, including human hierarchies and institutions. Saturn’s position in a natal chart yields information about how well a person does with structure, as well as how they react to, and wield, authority.

Being so slow, Saturn is also more concerned with time than the other planets. Saturn highlights the way it changes things, and separates the enduring from the fleeting. For living beings, time always leads to death, another fundamental Saturn theme. Relationships with the past and the dead are thus well within the Saturnian sphere. Saturn’s slow progression also illustrates the laws of cause and effect — how actions, over time, create reality.

Saturn is the Greater Malefic in astrology, as it brings deprivation, fear, excessive cold, brittle-ness, depression, confinement and exclusion. Yet Saturn also teaches the virtues of patience, discipline, endurance and duty, and shows us how to maintain glacial calm in even the worst conditions.

Capricorn
Capricorn, represented by the Goat, or Sea-Goat, is an Earth sign, meaning that it is primarily concerned with the concrete layers of reality. Earth signs prefer facts to speculations, a bird in hand over two in the bush.

Capricorn is of the Cardinal mode, linking it to initiation and creation — the beginning phase of story-arcs. It is thus the sign where the Earth is reshaped in accord with intention. Mud becomes brick, and bricks become houses. The wet clay, patterned with intention, becomes sculpture. Capricorn’s essential dynamic is thus the imposition of pattern onto substance in conformity with will.

This projection of design onto the materia of the real is in perfect accord with Saturn’s architectural intentions. It is thus no surprise that Capricorn is considered to be ruled by the leaden planet. For here, Saturn expresses himself in an unmitigated, text-book manner, especially as concerns the planet’s heavier and more manifest significations. In Capricorn, Saturn wears no disguise, but presents himself in an archetypal fashion. He is Father Time, the Grim Reaper, the Grand Architect, and the Old Teacher.
And Pluto, Too!

One of the more important factors to consider when differentiating this installment of Saturn in Capricorn from previous instances, is Pluto. Pluto will be in Capricorn the entire time that Saturn is. The two have one exact conjunction, scheduled for January 12th, 2020. Even though they are only precisely aligned on that one day, their copresence will shape the entirety of Saturn’s time in the Goat pasture.

Pluto will serve to further complicate and intensify already potent Saturnian themes. Their copresence emphasizes what has gotten lost in the underworld and needs to be rescued. Contrarily, it also points to badly aging patterns which desperately need to be read their last rites. Saturn and Pluto’s time together also specifically targets the United States, as this is Pluto’s return to the same place it was when the US was founded. Though fascinating, this particular point is beyond the scope of an already sizable article, and best dealt with in a space all its own. Look for that down the line.”

The wheel of the year has turned and we are officially in Winter and Capricorn season. The Capricorn goat knows how to survive harsh conditions and pick it’s way over an impassable landscape. It’s a season of miracles. The seed of the Sun has been planted in the time of greatest darkness, and will start to grow in daylight hours. Such a beautiful time of year. I love all the ancient traditions of light in the darkness. You can see it on our city streets today.

Capricorn represents ambition, self mastery and hard work. It’s ruled by the planet Saturn which teaches us responsibility and maturity – and that we will reap what we sow. I think these are great themes to keep in mind when setting intentions for the coming year. I don’t believe in New Year’s resolutions, but I do believe in working hard towards what fulfills us and makes us happy.

We had a wonderful Grand Earth trine this week too! The Moon in Taurus (exalted!) enhanced by Jupiter in Virgo, and made real by Pluto (and Mercury) in Capricorn (evolution). This gives a grounded, positive boost to anything we begin this week!

Have a wonderful holiday!

© 2016, Elizabeth R. Sheldon. If you use anything, be sure to include my name and a link back to this site. Thank you.