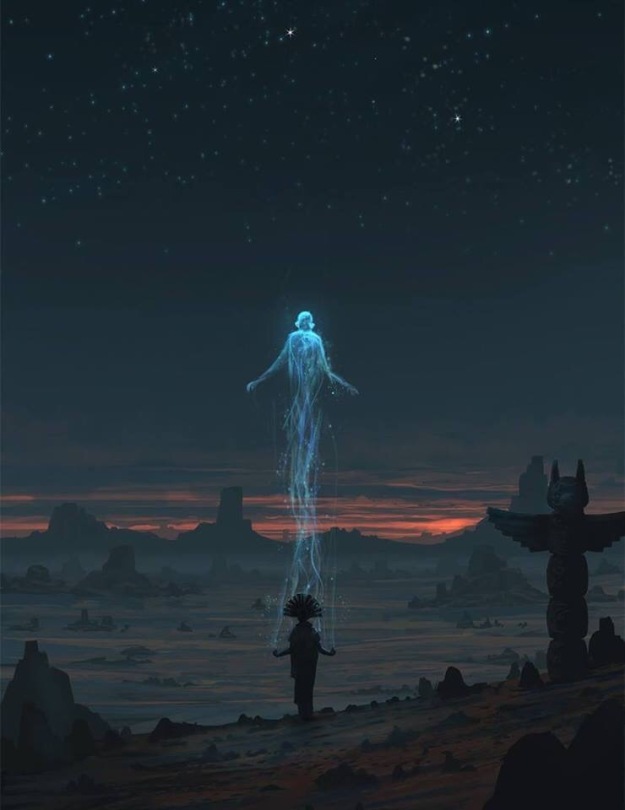 This week begins with Neptune stationing (standing still) above our heads at 16 degrees Pisces, and slowly going retrograde (reversing) over the next week.

Neptune breaks up, diffuses and dissipates the place where it lands in your chart. It could also aspect one of your natal planets, dissolving the boundaries of that planet and house. If you are a Pisces, Gemini, Virgo or Sagittarius, you could be very effected by Neptune’s influence in the next few months.

With Neptune, you always have a choice. You can escape your fears by drinking or using drugs, OR you can ask for spiritual strength. I whole-heartedly encourage you to ask for the spiritual strength 🙂 The next few months offer a special time to do deep healing on yourself and your life.

from Ronnie Pontiac:  “This can indicate a spaced out but potentially dreamy quality for this week into next. Take care when you commute. For some this may be a time of exhaustion and confusion, if so stop, meditate, get some rest. Dreams may provide useful insights. Inspiration and imagination can be strong so if you’re a creative person make time to receive these gifts of perspective.
Tuesday Mercury trine Jupiter is exact however with Mercury opposition Saturn fading but still an influence this may not be as fun a time as Mercury trine Jupiter can indicate. At worst avoid over optimism, arrogance, over doing, over spending and especially overindulgence. With Neptune stationary the urge to intoxicate and other forms of escapism can be very strong. Use common sense. A good time for meditation with Neptune and Saturn so strong.
Wednesday Mercury trine Neptune one minute before 1 PM is another aspect of inspiration and imagination. Again, dreams can be insightful. Jupiter trine Neptune is still strong and with Neptune stationary the beginning of this week could be a time for profound spiritual insights. Study a spiritual path. Open yourself to mystical exploration. Enjoy some relaxing time by water.
Early Thursday morning just after 3 AM the Summer Solstice arrives as the sun enters Cancer. Can you believe it? 2018 is half over. Look back on the year so far. Are you accomplishing your goals? What would you like to accomplish over the next six months?
Also Thursday just before 10 AM Venus opposition Mars is exact. With Mars going stationary retrograde five days later the Mars side of this opposition will be emphasized. On the negative side it can indicate conflict between the genders and a generalized state of irritation. But on the positive side the tension can be romantic and sexual, and creative. A good time to complete, or turn the corner toward completion, for artistic projects. To get best results find balance between the pleasure seeking appreciation for harmony and beauty that is Venus and the forceful willpower and aggression of Mars.
Friday just before 11 PM sun sextile Uranus is exact indicated possible opportunities for greater freedom. The unexpected may give you a sense of liberation. Look to new tech, new perspectives and new communities for inspiration but be careful as Mercury opposes Pluto just a few hours later.
Very early Saturday morning Mercury opposition Pluto is exact. Expect more ugly secrets and more political power plays. Be careful of saying bitter or hateful things under the pressure of the moment. At worst this can be a time of suspicion, paranoia, and obsession. A time of irritation and arguments that can turn violent. Avoid power struggles and wasting energy on fruitless conflict. At best this can be a time to learn about healing, to communicate catharsis, to repair and reform and to discard where necessary. Pluto favors meditation.