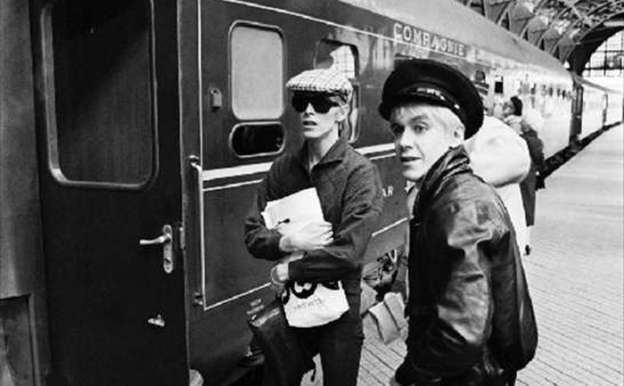 Learning about Bowie’s creative process has been illuminating over the past few weeks since his untimely death. Read Iggy’s perspective below, it’s great:

Iggy Pop has written a new essay immortalizing his late friend and collaborator David Bowie. In the days immediately following his death, Pop paid tribute to the Thin White Duke with a heartfelt reflection. “He resurrected me,” Pop wrote at the time. “He was more of a benefactor than a friend in a way most people think of friendship. He went a bit out of his way to bestow some good karma on me.”

Now, for the latest issue of Rolling Stone, Pop has expanded on his relationship with Bowie, specifically discussing his musical impact.

“I learned a lot from him. I first heard the Ramones, Kraftwerk and Tom Waits from him. He also had a certain rigor. If he saw something in another artist he admired, if they didn’t pick up that ball and run with it, he didn’t have any problem saying, ‘Well, if you’re not going to do it, I will. I’ll do this thing you should have done.’ And that was very valid…

“David was not a person to waste a piece of music: Never waste an idea. I first heard his 1980 song ‘Scary Monsters (And Super Creeps)’ when we were in a house on Sunset Boulevard in 1974. It was called ‘Running Scared’ at the time. He was playing it on the guitar and wanted to know if I could do something with it. I couldn’t. He kept it and worked it up.

“That was another big thing I learned: Don’t throw stuff away.”

In 1972, Bowie confronted Pop about his escalating drug addiction, encouraging him to move to London to work on music. There he teamed with James Williamson to pen what would become The Stooges’ crown opus, Raw Power, which was mixed by Bowie himself. Three years later, Bowie and Pop moved to Berlin together with the hope of kicking drugs for good. When not recording his own trilogy of albums, Bowie worked with Pop on his solo debut, The Idiot, and follow-up, Lust For Life.

In related news, Pop has teamed up with Queens of the Stone Age’s Josh Homme to release a sort-of sequel to Lust For Life called Post Pop Depression, out March 18th.