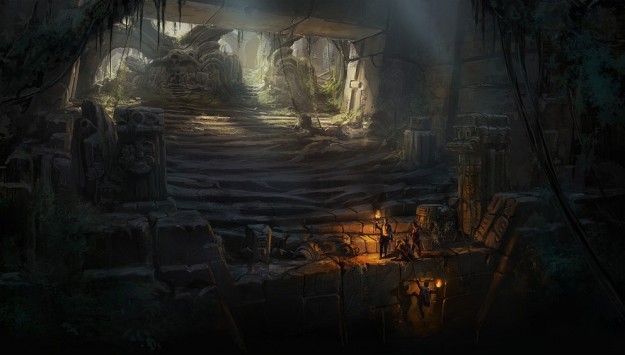 Rasmus Berggreen, Into the Abyss

“An infinitely dark and enigmatic vortex of existential dread has had enough of being watched and accosted by prominent sages and thinkers.

“They all give me this deer-in-the-headlights look when they see me, expecting me to stare back,” it said. “It’s so creepy and inappropriate. I tried but I just kept blinking. And you know what I saw when I managed to stare back? Creeps.”

The swirling singularity of meaninglessness explained that it “wasn’t just a walking revelation” and deserved to be treated with “the same dignity and respect” as any other ontological construct.

The abyss has even tried to raise awareness about the harassing, leering, and sometimes hateful behaviour that philosophic literary devices face everyday with a twitter campaign: #yesallphilosophicalmetaphors, but has stirred up resentment among some academics who have responded with a #notallphilosophers campaign of their own.

However, for its part, the abyss was not backing down.

“I swear to God, if I get one more tweed-jacketed pervert glaring at me while licking his lips and asking if I’ve read Kierkegaard, they’re going to know first-hand what I mean when I say that I let Heidegger off easy,” said the swirling anomaly of nothingness as it settled down for a cup of tea in its modest suburban bungalow.”