“Australian-born dancer and artist Vali Myers “the Witch of Positano” arrived in Paris in 1950, at age 20, after studying with the Melbourne Modern Ballet Company. She hung out with Django Reinhardt, Jean Genet (“Congratulations on your maquillage,” he famously told her), Tennessee Williams, Salvador Dalí, Jean-Paul Sartre, and Allen Ginsberg.
In 1950s Paris, Myers was a symbol of the “restless, confused, vice-enthralled demimonde that populated certain cafés on the Left Bank,” wrote George Plimpton, who published a series of her self-portraits in the Paris Review in 1958. Plimpton’s accompanying essay recounted how bartenders in the little boîtes where she danced nicknamed her le chat, while concierges called her la bête. Others referred to her as la morte vive because of her corpse-white face and kohl-laden eyes; the makeup, she explained, was protection against evil spirits.

On a trip to Vienna in 1952, she met an architecture student named Rudi Rappold, whom she married in 1955.
By that point, Myers had become addicted to opium. “I was very fragile and frail, rarely leaving my room till late at night,” she wrote years later to the Dutch photographer Ed van der Elsken, who had included her in his 1956 book Love on the Left Bank. “For three years, I didn’t see the sunlight.” Facing escalating problems with the French immigration authorities, Myers and Rappold hitchhiked to Italy in 1958. They leased a small house in II Porto, a deep valley in Positano, at the base of a towering cliff.
It was the perfect hideaway for the eccentric couple, who eventually were joined there by a young Italian, Gianni Menichetti. He soon became Myers’s lover and, later, her biographer. They kept pigs and goats and took in dozens of stray dogs; her beloved fox, Foxey, was with her for 14 years. The locals mostly kept their distance, fearing that Myers was a witch. Though she rarely left Il Porto, her fame quickly spread—Mick Jagger and Marianne Faithful came to visit and bought Myers’s drawing The Death of Jezebel. And at the invitation of the folksinger Donovan, Myers traveled to London in 1967 to dance to his song “Season of the Witch” at the Royal Albert Hall.

Eventually, Myers found herself in need of actual money, so in 1971 she checked in at New York’s Chelsea Hotel, where she knew she could sell a few paintings. “One of her favorite sayings was that life is ‘like a comet, burning bright and fast,’ ” recalls Chris Stein, a cofounder of and the guitarist for Blondie, who befriended Myers at the Chelsea and subsequently named his daughter after her. “She was a magical thing: highbrow and completely of the streets, too.” 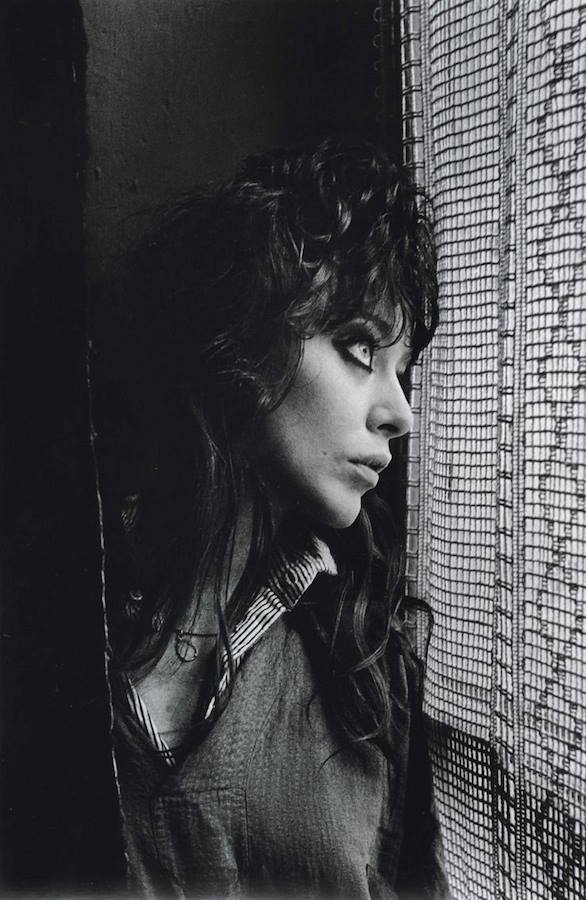 Patti Smith was so awestruck, she asked Myers to tattoo her knee with a lightning bolt. “Vali was a big hero of mine when I was 14,” the punk artist told Interview magazine in 1973. “She was the supreme beatnik chick—thick red hair and big black eyes, black boatneck sweaters, and trenchcoats.” But by the time Smith met her idol, the wild gamine of Paris had transformed almost beyond recognition. She wore outlandish peasant costumes and had tattooed an outline around her mouth and inked her hands and feet. Her hotel room was filled with other denizens of the Chelsea underworld—Gregory Corso, William S. Burroughs, Abbie Hoffman.
After 43 years, Myers returned to Melbourne in 1992 and spent her days creating a new bohemian oasis and enjoying her quasi-celebrity. The wild, rebellious proto rock chick of the Rive Gauche had found her place in the world. She told Menichetti a decade before her death in 2003: “I feel like a bird that has spread its wings—finally. It’s a miracle!”