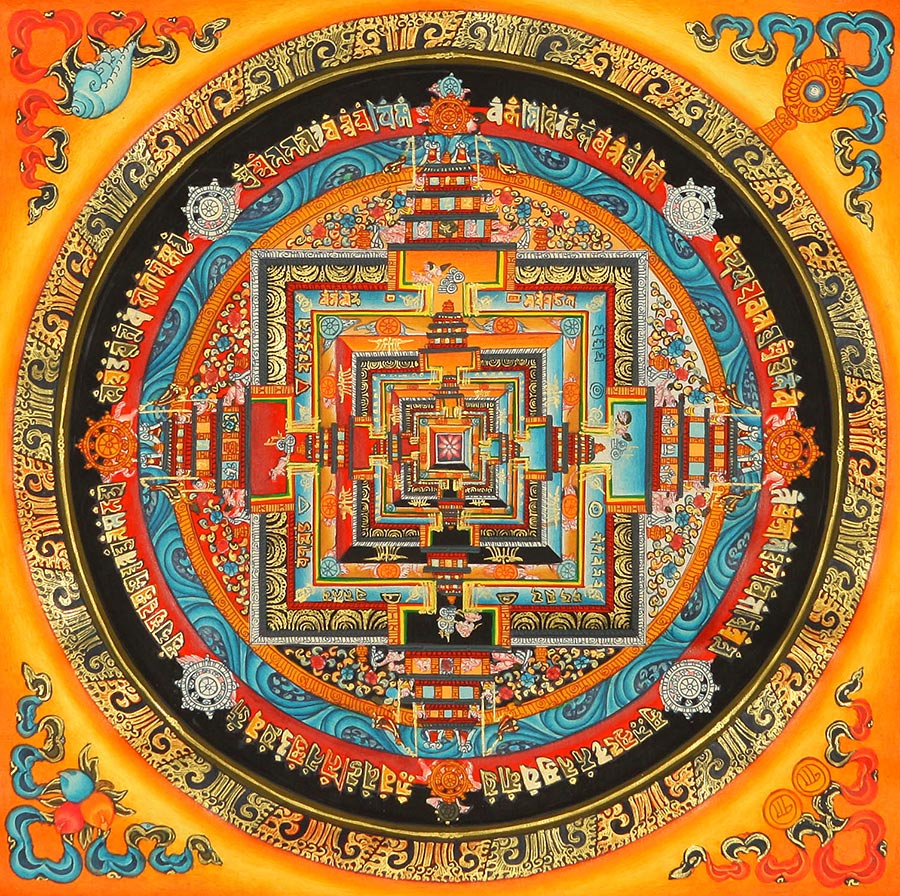 “Mandalas are sacred, esoteric diagrams that are present in almost all world religions. They’re often meant to represent the entire cosmos, or the role of divinity in the world. As such, they can be incredible aids to meditation and self-discovery: Either by contemplating them, or even drawing or painting them yourself. The psychologist Carl Jung was a connoisseur of mandalas—not only writing about them, but painting them, as well, as we see in the image below from his famous Red Book

. Jung, who was fascinated by alchemy and Gnosticism, felt that mandalas could lead the way to psychological wholeness.

Below, check out nine incredible mandalas drawn from some of the world’s religious traditions—alchemy, Christianity, Buddhism, Hinduism and more. (The first mandala is even by Jung himself.) Whether you’re a believer or not, you’ll certainly be impressed with the ornate beauty of these artistic creations.”