PRINCE: Astrology of his Life and Death
by Zoe Moon

“Here is a look at Prince, his astrology chart, his passing, and some highlights brought through the degrees of his birth. It’s not hard to believe he was a youthful, playful Gemini in the Plutonic sexual, power house of the 8th house or that his Rising was also the sexual, power sign Scorpio. We even find the ruler of his chart, Pluto, (ruler of the 8th house and Scorpio), again about sex, power and transformation, sitting on the same exact degree of his career Midheaven in the sign of love, fun and creativity, Leo, at the top of his chart. The co-ruler of this Rising, Mars, at the door to the fifth house of love, fun and creativity. So he was pretty much exactly as we saw him, a playful, innovative creator in a strong, sexually-empowered, transformational way. He had a Pisces Moon which brought a mystical emotional nature and one that would be private or hidden to some extent. His feelings knew no boundaries and I’m certain this helped in his creative process since music and film are ruled by Pisces. As a Pisces Moon myself I’m sure it was also challenging to deal with some of that boundaryless emotional connection with the Divine Mind that stems from Pisces.

At the week of his passing both co-rulers of his chart, Mars and Pluto, had just come to a stop in the astrological sky and Retrograded within 24 hours of each other, on Sunday the 17th and Monday the 18th of April. Mercury, which ruled his body/Sun was slowing down to Retrograde on the 28th. So most of the personal planetary energy tied to his body was pulling back and in a weakened position. So let’s take a look at what was going on at his passing. I spoke about these points on my radio show here on blog talk radio 8pm eastern, Thursday, April 21st, if you want to hear more about it. We look at these items first to get an idea of what was occurring:

1) Ruler of Death in Prince’s chart is Mercury. Gemini on the door to death can mean a younger death if the Sun is so configured. Prince has his Sun in the house of Death so it would be a theme for him to deal with literally or figuratively. This placement being one of death and transformation, personal sexual empowerment and power. So what was Mercury doing? It had stationed to go Retrograde, putting it in a weaker or reversal setting and in square to his natal Chiron which is about wounds and healing. Then I look at the progressed chart and here Mercury is at the 29th degree of Cancer, a critical degree which means stronger energy and it was upon Juno the goddess of marriage and semi-sextiling Pluto the planet of death and transformation so he was in a year of his life where the potential is heightened.

The Transiting Birth Chart on the day he passed.

2) Ruler of the ‘End of All Matters’ in Prince’s chart is Uranus. Uranus had transited into an opposition to Jupiter for the one time in his life so he was facing something big with another person and it could tip the balance with what would occur. This is a once in 84 year moment. This placement was also putting pressure on Uranus from Chiron that wound and with Pluto the planet of death and transformation. In the progressed chart Uranus had just reached the 4th degree of Libra which put it into alignment with Mercury the ruler of death in his chart for the first time in 30 years. Again it seems as though a key person is part of this story with Prince in his final scene.

The progressed chart on the day he passed.

3) Saturn: In Prince’s chart Saturn was at the opposition to his Sun positioned in the 8th house of Death and transformation. Saturn is a limiter, an ender of things or sets up structures and long term situations, it is a final planetary energy and one that is serious when dealing with it. When we all undergo our Saturn opposition to our vital life force energy once every 29 years we are tested with situations that bring other people into our world to show us what is working and what is not. It can also take a toll on our physical energy since it lags and sometime fails under the alchemical weight of the lead of Saturn. Saturn was weakened or reversing in its retrograde phase and moving into his 1st house of identity and physical being. Saturn at this point was also doing the same thing to his Rising degree in a semi-sextile, also noted in aspects at death. The Rising being half of your physical persona, the Sun the other half, so Saturn was really doing a job on both at the same time. Progressed Saturn was in Aquarius, the sign ruling the end of all matters and it was within 4 degrees/a 4 year build-up to Chiron the wound. It also sat near the mid-point between transiting Pluto and Chiron.

4) Pluto: in Prince’s chart Pluto Retrograding was sending Pluto back to inconjunct his Sun in the house of death and transformation for the last time in his life, the shift possibly pushing him towards this transition. Pluto was at 17 degrees, his Sun at 16 so it had been hammering him between the end of January and the first week of March at the 16th degree, then started to let up just a bit but then stopped and turned around on Monday to start coming back for another round. Pluto in inconjunct is a very testing and sometimes fatal aspect to the Sun. Since his Sun is found in the house of Death at birth one could surmise this would be a challenging period. His progressed Pluto, planet of death and rebirth, was at the Sabian Degree called: AN EAGLE AND A LARGE WHITE DOVE CHANGE INTO EACH OTHER. (This made me think of ‘When doves Cry’)

Quoting from Dane Rudhyar (as I will be for all Sabian interpretations outside my own in this article): “KEYNOTE: The interaction of the spiritual Will and of the Love principle when critical needs arise. This sequence of symbols concluding the Libra phase of the cycle deals with problems met by the seeker for the fulfillment of a higher life of Relationship. Implied here is a kind of Yang-Yin interplay. When the circle encompassing both principles rotates fast, they appear to change into each other. Consciousness operates beyond duality, because the polarized energies of the Soul (or spirit). Will and Love, though ever distinct, work for a single purpose. This represents a new, higher approach to the use of polarized forces within the personality which has been ever so little transformed and operating within a new framework. The Keyword ADEPTNESS fits this phase — but there are many levels of “adept-ship.” So I can see here this strong will of Prince and the ideal of love meeting for a year upon Pluto the energy of death and transformation and his evolving into spirit.

5) Look at the Sun, Rising and Moon: in Prince’s chart we’ve already touched on the Sun and Rising so let’s look at his Moon. In this week the transiting Moon is building to a Full Moon at 2 degrees of Scorpio. He has Neptune sitting at the 2nd degree of Scorpio in his birth chart. So he was having a rare Full Moon upon his Neptune. Neptune is the veil between worlds and can bring a focus on drugs/ prescriptions, chemicals, substances, flu-like issues in the body, fluid problems, delusions, and a hard time pinning something down. It is positioned in the house that rules these same things and both are in the sign that rules death and transformation. At this point it made an alignment with his birth moon at 2 degrees of Pisces that sits in the house of the end of all matters. The transiting Sun had just passed over the karmic south node (loss) in the house of health opposite this position of Neptune in the veil between worlds zone, illuminating it. His progressed Moon had just progressed into the house of health for the first time in his life and in Aries was ruled by Mars which had just Retrograded on Sunday, weakening it or bringing reversals. Here it locked onto another Karmic point called the Vertex also at 27 degrees bringing something fated to the event. It also now began a 2 year inconjunct with Pluto, planet of death and transformation. I would also add that the ruler of health in his chart was Mars and in progression it had come to the end of the 25th degree putting it upon orb of a malevolent star associated with beheadings, losing one’s head, choking, strangulation, hanging, and other things fixed upon the throat. This may have had a literal affect upon his body or it may have played into emotions of feeling suffocated or choked out of something at the time, not a pleasant energy to deal with.” 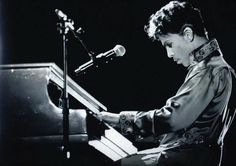